By genevieve oller10 August 2021No Comments 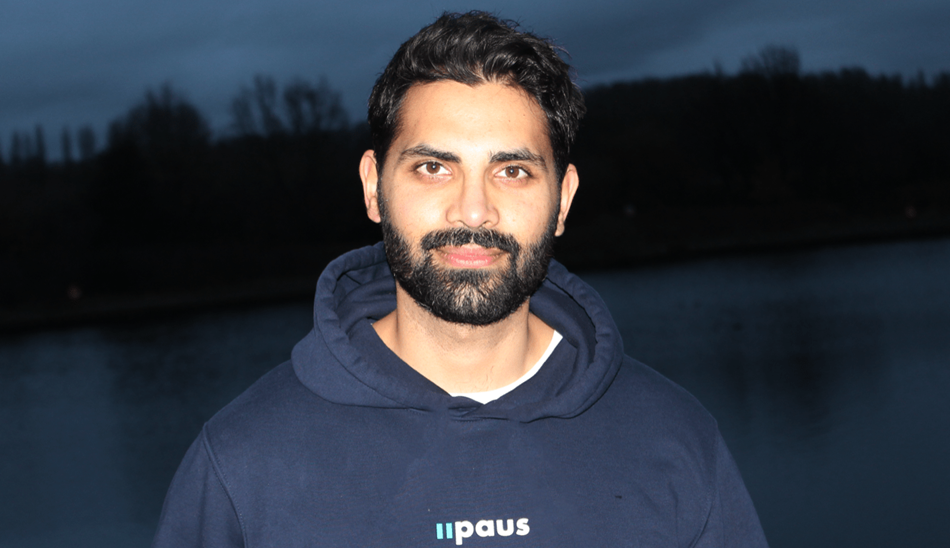 Rishi Kapoor is the Founder and CEO at paus.tv, an online streaming platform that’s dedicated entirely to independent film. The service is uniquely powered by tips, which for the audience means there are no monthly subscriptions and no adverts. The audience can choose to tip filmmakers directly any amount, at any time. We were delighted to sit down with Rishi as part of the DCMS’ ‘Invest in Creative’ toolkit and discuss his investment journey to date and what advice he’d give to founders and investors alike.

To date paus.tv have raised two rounds of investment, the first was an angel round, and the most recent round was focused around investment from a group of angel investors (several of which had returned from the first round) and crowdfunding. Rishi shares that whilst he’d worked in media for 10 + years, including for the likes of the BBC and Warner Bros., he didn’t initially look to his network for investors. A key contact came through via his consultancy work; a contact who then introduced him to a wider group of investors, who decided to coinvest together – confidence came from investing together. He says of the people that came on board: ‘the good thing about our group of angel investors is that they’ve not only all got experience in investing in companies, but also they’ll have direct industry experience’, they include a film producer, an individual that already had setup telcos all around the world, as well as another that had already run a startup and media streaming before.

‘the biggest help they (GC Hub) gave me was extra validation on some of the commercial parts of it, which just gives investors more confidence that you are running a business and not a creative project’

The impact the investors had

Rishi advises founders to look out for smart money; investors who can provide their expertise and mentorship, as well as money: ‘you could take a million from someone who doesn’t want to provide extra mentorship, versus half million from someone who does, I’d rather go for the half million’. He says of the early days he could work out very quickly if it was likely to be a good fit, even from the first few questions, which is a perspective also shared by a number of the investors who took part in the wider toolkit.

As well as the support from the investors who came on board, Rishi discusses his experience of being a part of the GC Creative Scale Up programme. He shares that whilst he already had a good hold of corporate finance beforehand, the programme provided ‘extra validation on some of the commercial parts of it, which just gives investors more confidence that you are running a business and not a creative project’, he adds: ‘a couple of individuals who helped me on that programme, for sure, 100%, were indirectly responsible for me raising my second lot of activity’. He points to SeedLegals as an exceptional resource to get your paperwork up to scratch. He’s since been asked by one of his investors to mentor other founders on getting the correct paperwork in place.

‘People think it’s all show and no business’

Rishi says to investors that might not have considered investing in creative industries before, in terms of investing in the startup space it’s as good a place as any to start, not least that the UK’s Creative Industries contributes almost £13 million to the UK economy every hour, and pre-pandemic the sector was growing faster than the entire UK economy. Additionally, Rishi adds that it is ‘not saturated, lots of room for disruption, innovation, consumer behaviours change’. One of their first investors has previously only invested in health tech, poignantly he says that whilst that sector is not everyone’s everyday reality, media is, everyone has at least some touch point with it and so we all understand it to some extent. The stigma around investing in creative industries is unjustified, but, as Rishi points out, it starts are school where subjects like biology are thought of more highly and subjects like media are looked down on.

What’s next for them?

Paus.tv aren’t in the process of raising again just yet, but there’s already been interest, including of the back of their involvement in the Mayor of London & UKBAA’s TechInvest Creative Founders showcase. Rishi opts to be selective about the pitch competitions he takes part in, but stresses it’s different for all founders and there’s no right or wrong approach. He says of what attracted him to TechInvest was it being presented by a ‘well respected organisation that has credible people who follow it. And for them to signal you as a company is super important, super strong’. At this stage he’s just doing the networking necessary pre raising, but with plans for international expansion, projects with filmmakers around the world, plus things like ticketed live events and integrated merchandise in the works, their future is looking bright.