By katryn wales3 November 2021No Comments 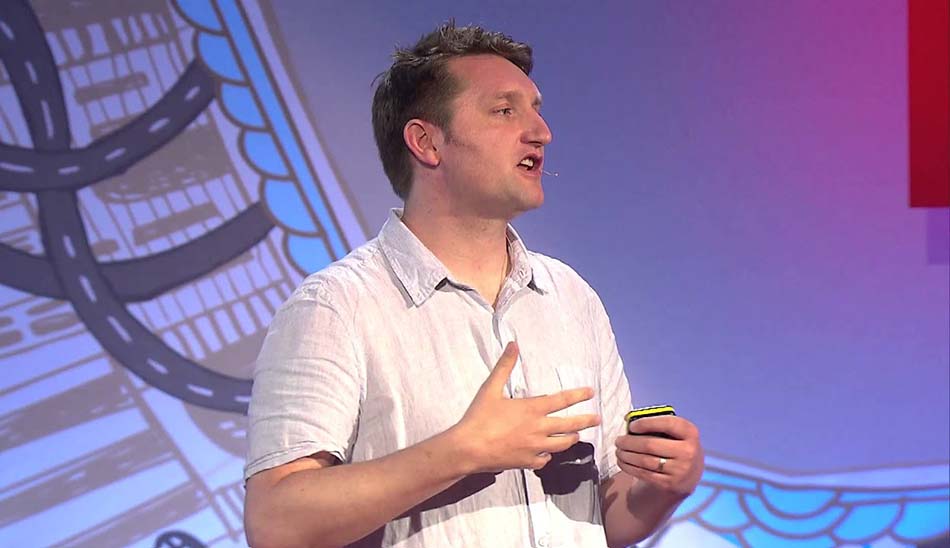 Tomas Rawlings founded video game development studio Auroch Digital in 2010 alongside his wife Debbie. Based in Bristol and part of the non-profit Bristol Games Hub, the company started out as a games consultancy before evolving into development, publishing and consultancy. Auroch Digital was recently acquired by Sumo Group, one of the UK’s largest providers of end-to-end creative development and co-development services to the video games and entertainment industries, so we spoke with Tomas, who also contributed to the Invest in Creative Investor toolkit, about the journey he’s been on with the company and the opportunities for investors in the space.

At the beginning of Auroch Digital’s investment journey, the company secured investment from the Bristol Private Equity Club (BPEC) as well as other investors. When exploring the options for funding, Tomas and Debbie spoke to a number of funds but it became clear that the amount of money they were seeking was smaller than funds typically look to invest. That opened up the opportunity to explore angel investment. Tomas recalls:

“When you’re dealing with individuals, they don’t have a set criteria and they don’t have fund guidelines that they’re looking to adhere to. They’re much more open to something a bit more bespoke. We successfully raised all the money we were looking for. Apart from one institutional investor, one games company invested in us and they only had a fairly small stake, the vast majority of the investors were individual angel investors.”

Securing that funding was vital for Auroch Digital’s growth. Emphasising what it did for them Tomas comments:

“Getting that early stage investment was really important. It gave us the ability to grow from a small developer, doing bits of work for hire, and it allowed us to really invest in people, in processes and in new games. That really stook us to the next level, which led to the next stage, which was the acquisition by Sumo Group.”

As well as bringing their investment to the table, the angel investors also lent their support and expertise to help Auroch Digital realise its full potential. Sharing their plans and strategies with the investors, Tomas and Debbie received advice and feedback in return, that proved valuable to help them on their journey.

The recent acquisition by Sumo Group is testament to how far the company has come since it was founded. After being approached by another company interested in acquiring Auroch Digital, Tomas and Debbie began to research potential partners and one of those was Sumo Group.

“We had an early conversation with them and it was apparent that there was a meeting of vision and ethos of how to work, which was positive. As those discussions progressed, eventually Sumo Group became the party we felt would be a good fit and they obviously felt that about us too.”

“Gaming is a really positive way of investing. It’s got very robust business models and very robust platforms that people can use.”

The acquisition process was a long one but having the right people to help them through it proved to be invaluable. Tomas shares:

“We had Sheridans as our lawyers and we had Bishop Fleming as our corporate finance advisors. It was really good to know you’ve got good people that have been through this process, understand the way it flows, and help to guide you through it. That was really important.”

Now that Auroch Digital is a wholly owned part of Sumo Group, it has opened up a new world of possibility. Explaining the impact of the acquisition and what it means for the future, Tomas enthuses:

“It’s really exciting. It’s going to mean a pretty substantial investment in jobs in the region. We’re hiring a lot of people. To put it in perspective, at the beginning of the pandemic we were about 25 people and we are now about 65. It’s pretty full-on growth and a lot of that is happening because of the acquisition. As the deal became finalized, we started rapidly getting more and more staff in so that when the deal was done, we were ready to move to the next stage.”

Businesses in the Creative Industries often find securing investment a challenge. Whether it’s a lack of knowledge on the investor’s part or the misconception that it’s an industry that isn’t tangible, start-ups and scale-ups often face plenty of hurdles. For Tomas though, there are clear opportunities for investors that are willing to look for them.

“The games industry is an area people have turned to for solace, for escapism and for contact with people during the pandemic, and as a result we’ve seen an influx in interest in people playing games. That’s not really waned since the restrictions on the pandemic started to ease. I think that what that says is this is a good space to be investing in. It’s a huge and growing industry, and it hasn’t really slowed growing for well over a decade now. It’s a very exciting sector. Gaming is a really positive way of investing. It’s got very robust business models and very robust platforms that people can use. Overall, it’s a good investment space.”

Looking ahead to the next 12 months, Tomas says that Auroch Digital will be focusing on business-as-usual as they transform their plans into reality, accelerated by the acquisition from Sumo Group.

“We’ve got games we’ve announced, we’ve got one other title in production with another publisher and we have a bunch of other titles in production now as well. Some of that will get announced within the next 12 months, some of it may not. What it means for us is just an awful lot of making games, which is obviously what we got into this to do, so it’s very exciting.”

Find out more about Auroch Digital at https://www.aurochdigital.com/

Sign-up to Invest in Creative and unlock the most comprehensive investor toolkit at https://investincreative.co.uk/